The American Conservative Blogs The Odyssey–And Likes It

Posted on September 24, 2012 by readingodysseyauthor 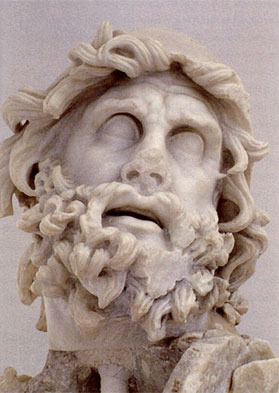 Rod Dreher, a former columnist for the Dallas Morning News and author of one of the longest-titled books in publishing history, has been blogging his journey reading Robert Fagles’ translation of The Odyssey with his older son. We here at the Reading Odyssey are partial, of course, to Stanley Lombardo’s translation, but no matter; any curious adult who picks up and reads The Odyssey is okay with us.

In a post published today, Dreher explains how, the deeper he gets into the book, the more he comes to share the goddess Circe’s affection for Odysseus and his crew. They’re reckless like us. “Their follies are our follies,” he writes. Odysseus leads his men through a crafty plan to gouge the one eye of Cyclops but can’t help shouting from his escaping ship that it was he, Odysseus, who pulled off the feat. His need to bask in his glorious victory dooms him. Cyclops turns around and tells his father Poseidon, who promptly curses Odysseus to years of exile from his beloved Penelope. Dreher puts his finger on one of the central flaws of Homer’s hero (and a flaw certainly shared by the poet’s other great hero, Achilles).

The flaws of glory-worship come up again later when Odysseus is sent down to Hades by the sorceress Circe to consult with Tiresias.

There Odysseus meets the ghost of his mother, and learns that she died while he was at war — of a broken heart. That is to say, his pursuit of personal glory in the Trojan War, and his long absence from home, led to his mother’s death, and to his father, though still alive, tortured by grief over his son’s absence.

Later on his trip down to the underworld, Odysseus meets Achilles, who in death has come to realize the trap of glory-seeking, saying “By god, I’d rather slave on earth for another man—some dirt-poor tenant farmer who scrapes to keep alive—than rule down here over all the breathless dead.” Dreher writes:

glory means nothing when you’re dead. That a man who lives in the lowest estate in life is greater than a hero in Hades. In the Greek world, achieving everlasting glory — kleos — through great swashbuckling deeds was the great goal of the hero’s life. But here, in the afterworld, the great Achilles, who should be fulfilled by the glory he won in battle, dismisses it as worthless. Better to slave as a mortal than rule in the kingdom of death.

Check out Dreher’s series of posts at the American Conservative:
How To Read Signs (Sept 2)
Place, Person & The Odyssey (Sept 12)
Ah, My Darling Reckless Friends (Sept 24)

Here’s a response at the same site by another writer Alan Jacobs.

This entry was posted in Uncategorized and tagged Homer, Homer's Odyssey, The Odyssey. Bookmark the permalink.